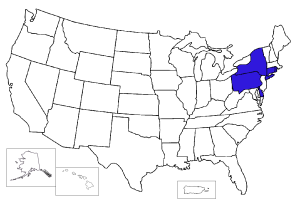 For all intents and purposes, the Republican 2012 presidential primary ended earlier this month, when Rick Santorum announced he was dropping out of the race. Even so, there's still a technical requirement that Mitt Romney must win a majority of the delegates in order to win the nomination. From Romney's perspective, it makes sense to continue "competing" in these contests--while spending less money and devoting no resources to attack ads--because it looks good for a candidate to win. Romney will continue running victory laps as long as there are states yet to vote. Do the results in these states tell us anything? Not really. The voters are aware that the contest is over, and they have little incentive to participate, particularly as time goes on. People who really want to cast a vote for the winner will show up, as will the people who really want to cast a protest vote. Prior to today's contests, Newt Gingrich maintained that he was still running; Ron Paul will always be willing to fight on. But they couldn't make much of a dent: Romney won each contest by 30 or more points, including Pennsylvania.

In a little-noticed move, Gingrich placed all of his hopes on Delaware, where he spent whatever resources he had left. It made a difference, but only compared to the other states, where Gingrich did even worse. If Gingrich held onto any hope that Santorum's departure would consolidate the conservative vote around him again, that hope must be abandoned. As it turned out, the Wisconsin Primary on April 3rd was indeed the last competitive primary. Going forward, the only interesting data will be the numbers from Southern states voting in May; they may tell us something about the extent to which the Anti-Romney vote is coming around to their party's nominee.