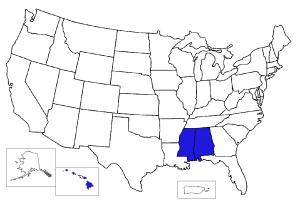 In the late night hours after Rick Santorum wrapped up the two Southern states voting on Tuesday, the Hawaii Caucus and the American Samoa Caucus reported that Mitt Romney won there. The two caucuses are the latest in Romney's series of island wins. That bodes well for his chances in Puerto Rico, voting later this month. In review, Santorum was able to earn wins in the South which, while narrow in margin, will have a greater strategic importance because they will knock Newt Gingrich out of the race. Meanwhile, Romney continued racking up the delegates with his big-margin wins in Hawaii and American Samoa, along with his ability to take nearly a third of the vote in the Southern states.

The following are the Hawaii results; American Samoa reported Romney will win all of its delegates.

It's been reported that despite the larger populations of Alabama and Mississippi, Romney won more delegates than Santorum did on Tuesday. This is significant, because the post-Super Tuesday portion of March is the most Santorum-friendly section of the primary calendar, aside from May. Santorum desperately needs to get big delegate wins in order to offset his preexisting deficit, to say nothing of offsetting the pro-Romney calendar in April and June.

Instead, Romney has only increased his delegate lead, making Santorum's job all the more difficult. That's why Gingrich's presence in the race up to this point undermines Santorum's chances going forward. Even if Gingrich were to quit tomorrow, the damage has been done.